Uncover the Spirit of Harlem 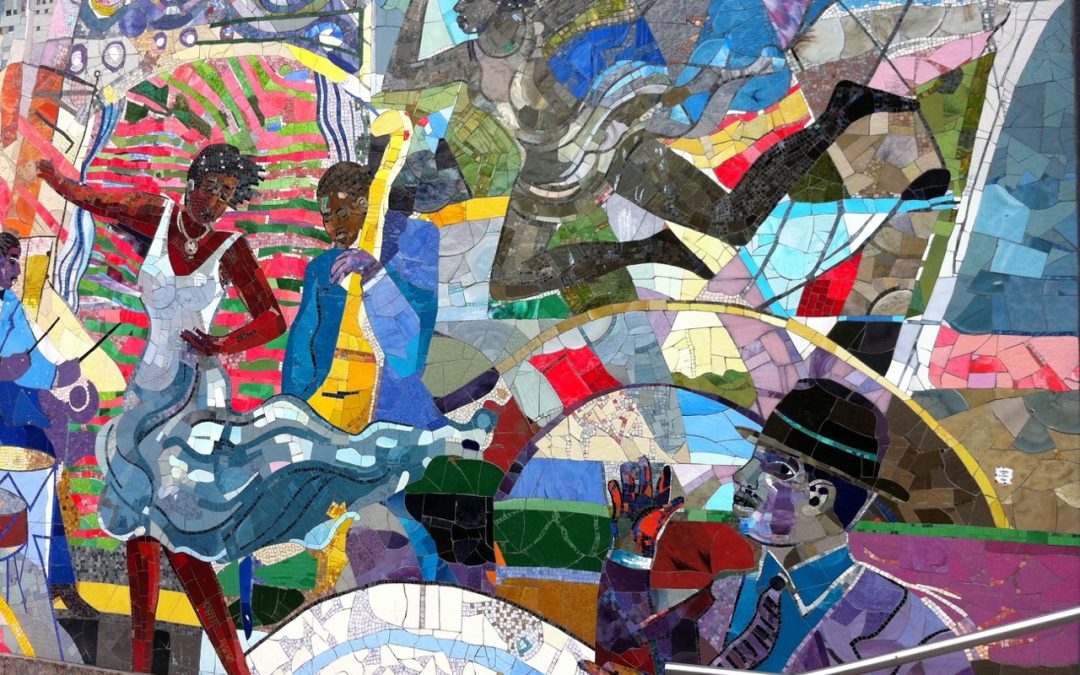 The Spirit of Harlem, by Louis Delsarte, 2004-2006.
10 ft. x 30 ft. 125th and Frederick Douglass Blvd. Harlem, NYC, NY
Today I’m so sad to learn this vibrant mural has been covered over with a brick wall. In July 2011 on a steamy summer trip to NYC I photographed this Harlem mural by Louis Delsarte ((b. 1944). I visited the iconic Apollo Theatre and had lunch at the Red Rooster Harlem which had recently opened. I stumbled across this mosaic by chance, and being an intrepid mosaic -hunter, I was truly delighted! This homage to some of the most noteworthy figures of the 20th century jazz movement in Harlem’s history was fabricated by Franz Mayer of Munich, a world class glass and mosaic company. The tessellated cuts, mixed with the large glass ‘pizze’ chunks, give a real vitality to the surface, as improvisational as jazz itself.  The work is dedicated to the “People of Harlem” by the North Fork Bank, representing a long legacy of banks commissioning artists to embellish their branches. 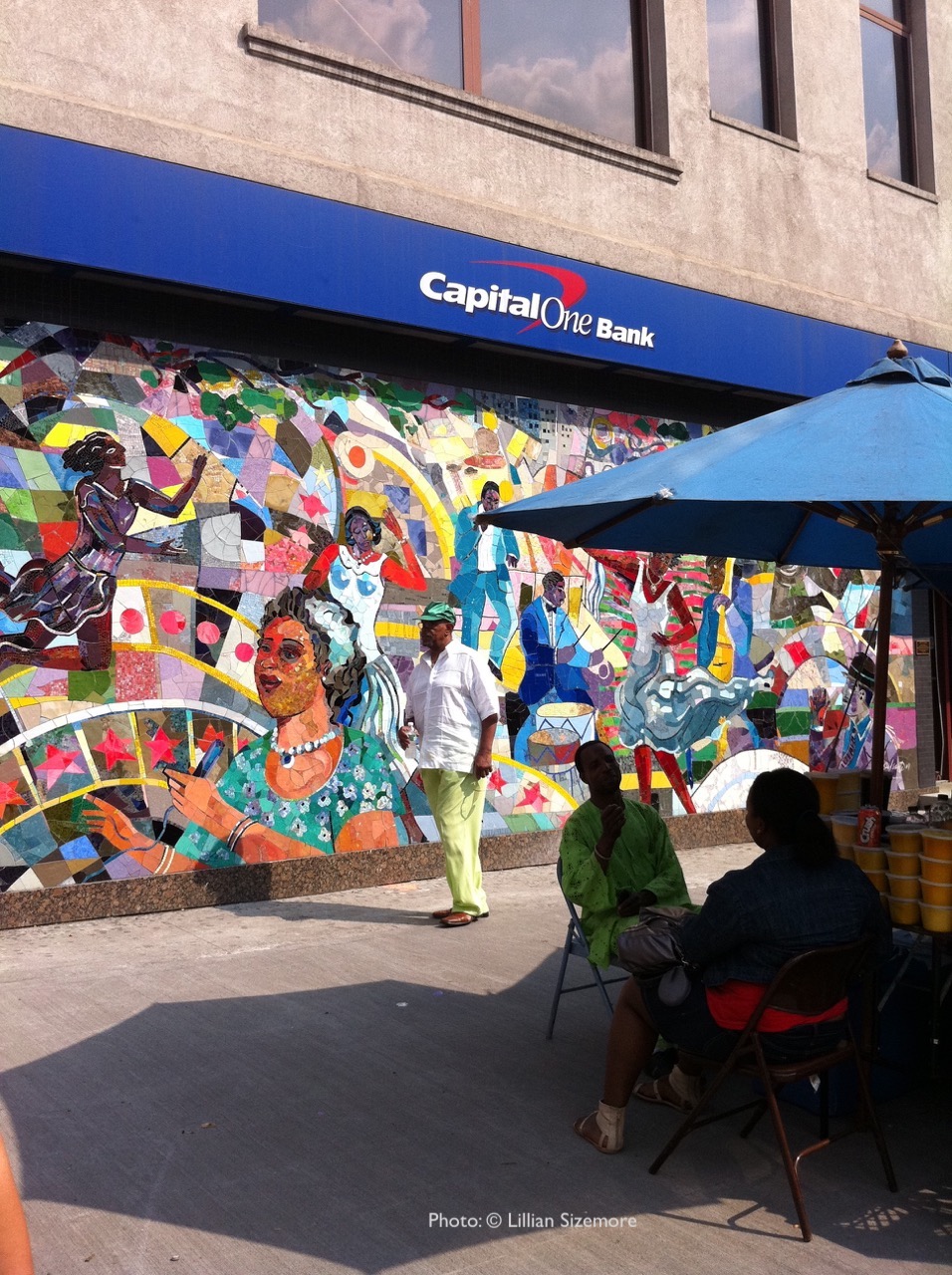 They Knew Better
The work has been covered over by a ‘faux’ brick wall painted solid black. Footaction, a subsidiary of the billion dollar shoe and apparel company, Footlocker, Inc. knew better. The brick has been placed slightly in front of the mural as if to say “See! Look! We respect art!”  What damage may be done to the artwork IF the wall can be removed? What is it anchored to? Did they drill into the surface?

image via GothamtoGo – by A Fine Lyne

This was a teaching moment. To leave the mural on view might have offered the opportunity to incorporate stories of jazz musicians and important figures into the store design, to bring history and culture into their location, and to continue to educate the thousands of young people who buy their products about the history of the neighborhood. Gentrification and the ‘mall-ification’ of small business is spreading like wildfire across the country. This is another opportunity for us to awaken corporations and developers to take more sensitive responsibility for the character of a neighborhood.

“An iconic tribute to the Harlem Renaissance and the the artists living and working in Harlem today, many in the community see bricking over the beloved mural as more evidence of the continued erasure of culture and history in this storied neighborhood.” —from the National Coalition Against Censorship (NCAC) article by BY JOY GARNETT, DECEMBER 6, 2017 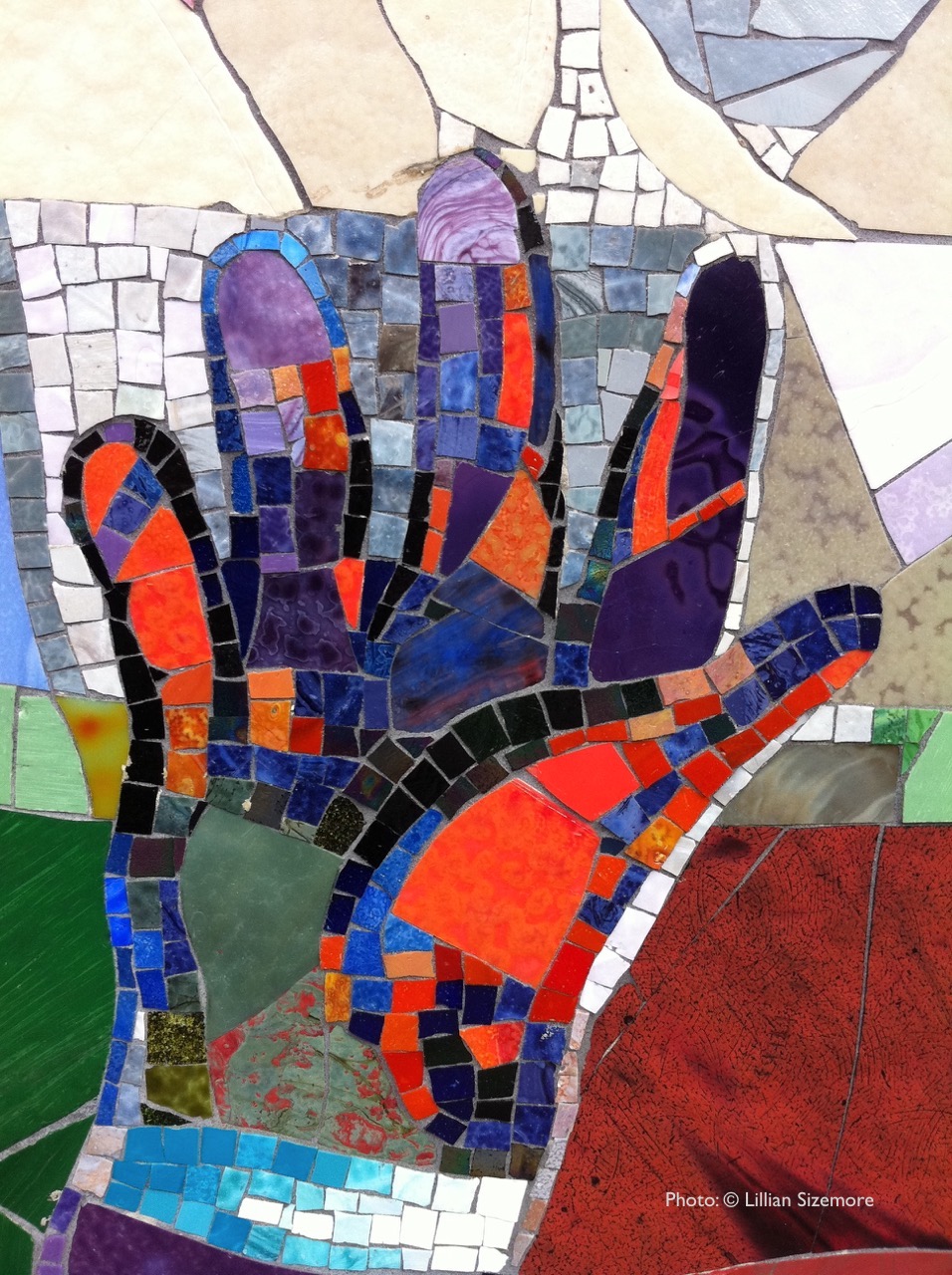 At this moment in history, mosaics are being discovered, restored, and excavated around the world at an accelerated rate. By the same token, mosaic murals are often threatened, routinely covered up, and taken down. What is clear: more and more people are attracted to mosaic, be it as a hobby, for creative healing, or used for community engagement. I believe mosaic is showing us how “putting the pieces together” reflects our need to feel whole in an increasingly fragmented  world. It allows us to take the broken parts, make something beautiful, and remember the big picture of our lives.

mural from the right

From the petition:
“Please do not let corporate ignorance erase a beloved public art work which celebrates Harlem’s history as an incubator for some our country’s and even the world greatest creators of culture and thought…”

Gotham To Go: NOW YOU SEE IT  NOW YOU DON’T
http://gothamtogo.com/now-you-see-it-now-you-dont-the-disappearance-of-spirit-of-harlem-on-frederick-douglass-boulevard/ 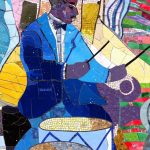 detail of large and small pieces of glass smalti, hand for scale 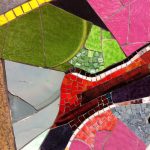 detail of large and small pieces of glass smalti 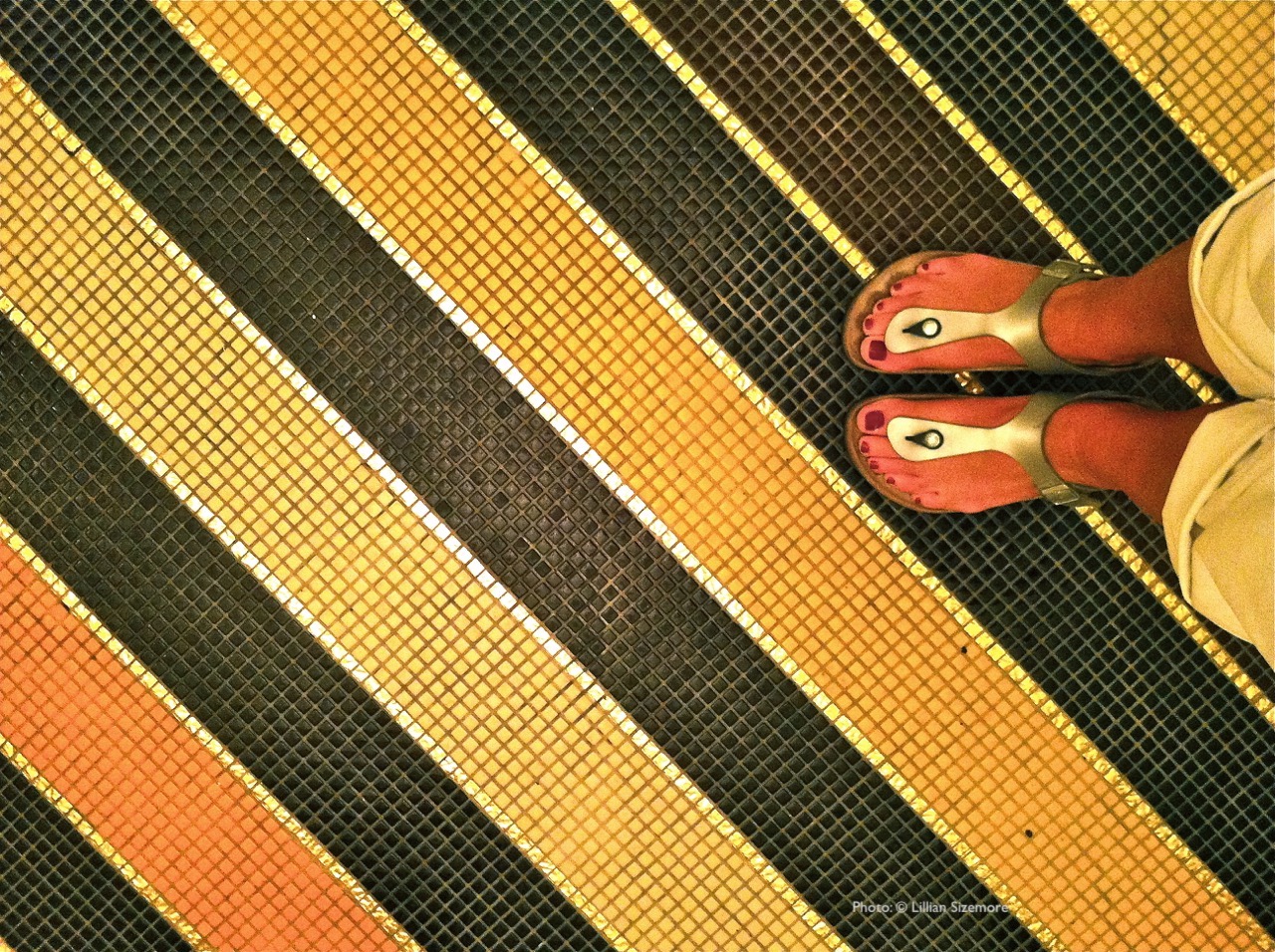