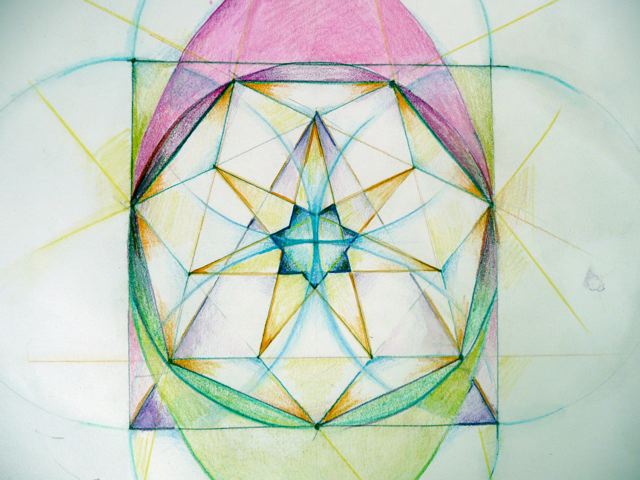 “The Universe is made up of precise ratios and PATTERNS…

where everything and everyone is CONNECTED…”

“A quantum entanglement of CAUSE and EFFECT,

where everything and everyone reflects on each other…

a COSMIC FIELD of HUMANITY.”

“There are those among us, mostly kids, whose sole purpose is to act as

Imagine the unspeakable BEAUTY of the universe they see!”

These quotes are from the pilot episode of the new television series, TOUCH, which premiered Wednesday night. Really? Sacred GEOMETRY — ON FOX? Now here’s some prime time TV I can relate to.

The show centers around an 11-year-old non-verbal savant, Jake, who can tell the future through pattern and number sequences. He’s obsessed with mobile phones and climbing cell towers. His father, Martin, played by Keifer Sutherland, in another breathless Jack Bauer-esque role, is trying his best to relate and connect with the boy, or have his kid taken away by child protective services. (Backstory: Mom was killed in 9-11.)

Danny Glover plays “Teller,” a quirky professor who serves as Martin’s advisor and the voice of Infinite Wisdom. He explains the Universal Codes, Fibonacci numbers, Electromagnetic Energy, and he definitely gets the best lines. (See Above.)

Dad’s task is to understand Jacob’s mysterious clues that lead to saving people’s lives through a series of global connections via cell phone connectivity dialing up Jumbotrons in Tokyo to suicide bombs in Afghanistan. —Whew!

OK, the show may be a trite sensationalized, but it’s hard to diss’ programming with a sense of urgency around global unity and connection.

I found it ironic that the show’s main commercial sponsor is not a telephony powerhouse like T-Mobile or Verizon, but seriously – an Antiperspirant!  Indeed.

I guess all those white-knuckled sacred geometry moments call for Extra Protection.

The show kicks off in March.

Have you seen the pilot? What did you think?

I have written MANY posts about GEOMETRY and PATTERN on this blog, start HERE  or use search feature.

What is Sacred Geometry anyway? HERE,  – thanks Wikipedia, we love you.