Partyin’ with the Ancients 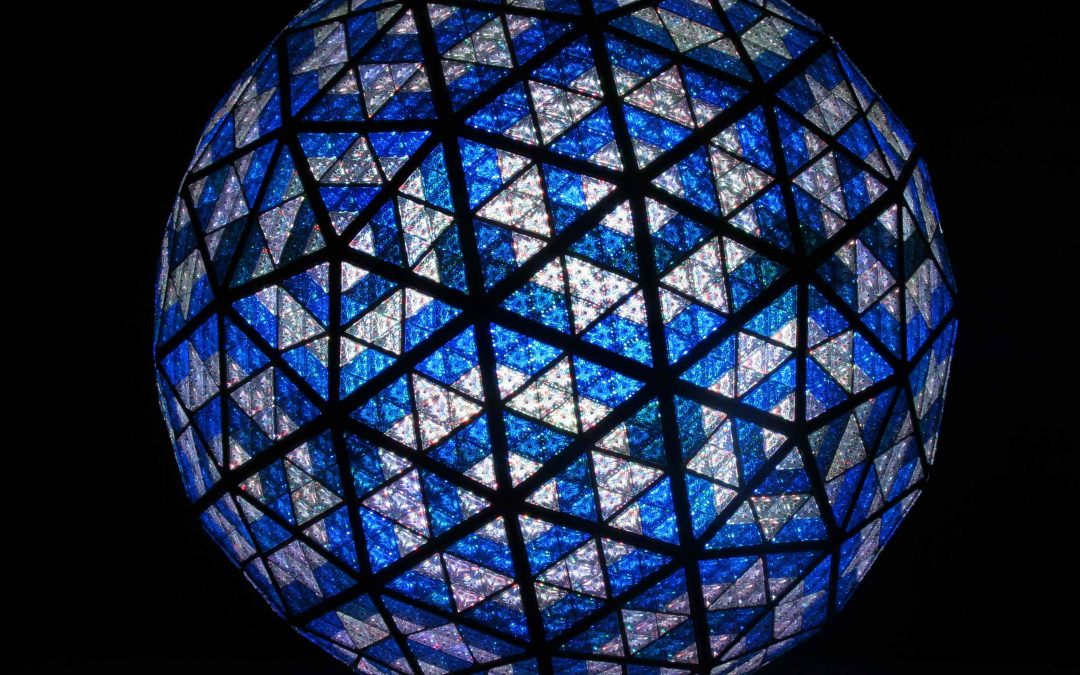 UPDATE: 2013 – just watching New Year’s Rocking Eve, and Dave Clark’s name is now engraved on one of the Waterford Crystal Triangles in memoriam…

Did you know that some serious geometry was Rockin’ your New Year’s Eve?

The Big Ball is actually a Truncated Icosahedron, one of the thirteen Archimedian solids, is made of twenty hexagons and twelve pentagons. These solids explore three-dimensional space through the study of Polygons.  These solids have been attributed to a Sicilian, Archimedes, one of the most famous mathematicians who ever lived, about 200 BCE.

So check it out:

The “net”: the solid flattened out.

Here are the facts About the Times Square Ball: Full article with more pictures HERE

The Ball is a geodesic sphere, 12 feet in diameter and weighing 11, 875 pounds, built to withstand the stresses of high winds, precipitation and temperature fluctuation to brightly shine over 400 feet above Times Square throughout the year.  For 2011, Waterford Crystal has designed 288 new “Let There Be Love” crystal triangles featuring a romantic pattern that blends a modern cascade of hearts with diamond cutting…The 2,688 crystal triangles are bolted to 672 LED modules which are attached to the aluminum frame of the Ball.  The Ball is illuminated by 32,256 Philips Luxeon Rebel LEDs (light emitting diodes).  Each LED module contains 48 Philips LEDs – 12 red, 12 blue, 12 green, and 12 white for a total of 8,064 of each color.  By mixing these four colors, the Ball is capable of creating a palette of more than 16 million vibrant colors and billions of patterns producing a spectacular kaleidoscope effect atop One Times Square.

Celebrate the beginning of a new year full of hopes, challenges, changes and dreams.