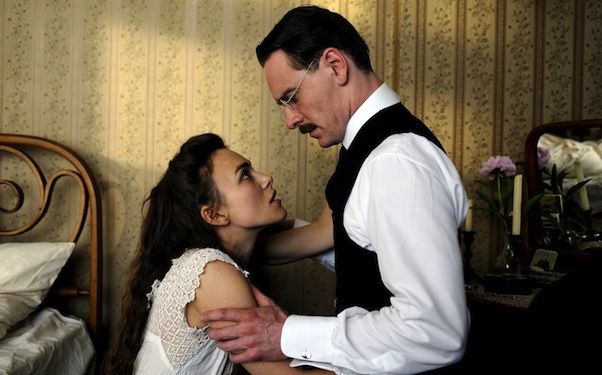 David Cronenberg’s “A DANGEROUS METHOD” will premiere at the 68th Venice Film Festival, which begins on August 31.

The film, which was shot in Berlin, Vienna and Cologne last year is Cronenberg’s first since 2007’s “Eastern Promises,” and stars his three-time collaborator Viggo Mortensen as Sigmund Freud, Michael Fassbender as Carl Jung, and Keira Knightley as the woman they both want, SabinaSpielrein.

The film is a look at how the intense relationship between Carl Jung and Sigmund Freud gives birth to psychoanalysis.  Given the diector’s penchant for psycho-drama,and the stellar cast,  it’s sure to be a dark study in triangulation and sexual angst.